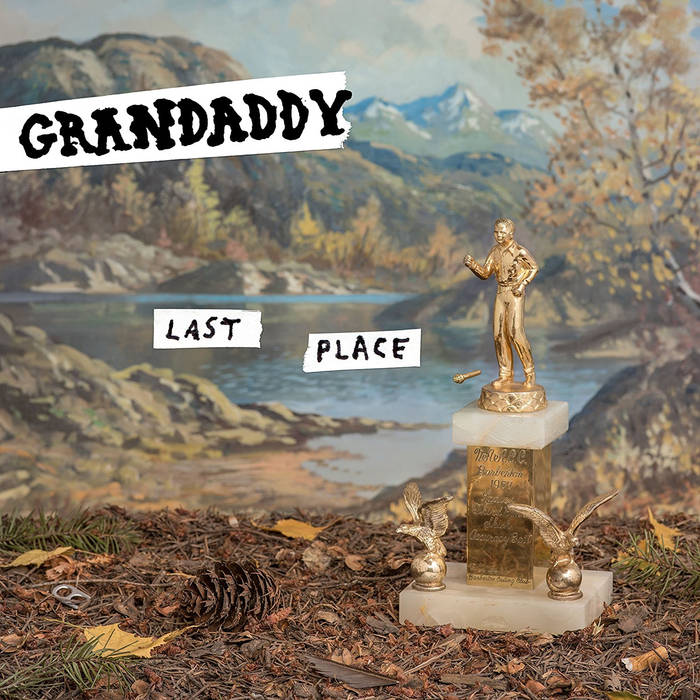 One of the most relevant pages of the US indie-rock of the nineties, Grandaddy from Modesto, California, are back with ‘Last Place’, a brand new album out on March 3 via 30th Century Records. The album is out eleven years later than ‘Just Like the Fambly Cat’ (2006) and it’s the fifth record released by the band into a career longer than twenty-five years. Produced by singer, guitarist and keyboardist Jason Lytle, who formed the band on 1992 along with bassist Kevin Garcia and drummer Aaron Burtch (other members are Jim Fairchild, Tim Dryden) the album was fundamentally and completely conceived by Lytle (he was the one who actually wrote all of the songs of the album – the same that happened on the last occasion) himself and it was willing to reprise into its sonorities what was the journey Lytle interrupted for the last time, standing at the releases of the band, in 2006 and sounding at the same time in a way a lot similar to his solo releases. Fundamentally, it’s an album full of pop-rock ballads and midtempo songs and with the usage of lots of synths, which would possibly sound in a way you could consider a lot spontaneous. In the sense of poppy, passionate, fresh. That’s something on the other hand you won’t feel emotionally when you are listening to the album. There’s effectively a big contradiction, what I want finally define like it was a gap between the proposals of Lytle and his ensemble and what’s the final result. An album that’s actually solid but in which you couldn’t actually feel no particular emotions neither that particular freedom spiritual vocation that was at the time – in the nineties – typical of the band. Like other experiences started at the time, I could for example mention Weezer or the same Flaming Lips, which paradoxically have become much more famous through the years and especially on the last decade than how they were notorious twenty years ago, Grandaddy aren’t finally able to propose themselves with the same strength they had at the time and expression of the feeling on a generation that is now grown up, they aren’t able at the same time to renew themselves neither to give to its experience a relevant meaning nowaday after a so long career. Unuself songs that aren’t unlistenable (someone could eventually also consider it like it was a good album) but that I would define like they’re mellifluus ballads with a certain eighties synth-pop esthetical fascination or sometimes watching at the UK sixties pop music. And what really hurts it’s that these songs (mainly centred about a fictional character named Jed) are not trivial, neither expressions of joy or emotionally as they pretended to be: they in fact sound decadent and because of this they open possibly space to discussions about what the fuck is actually of an entire generation. An album that’s finally dishonest but in a way so evident that probably figures out into being transparent like he required eventually to be.

HERE WE ARE: [email protected]