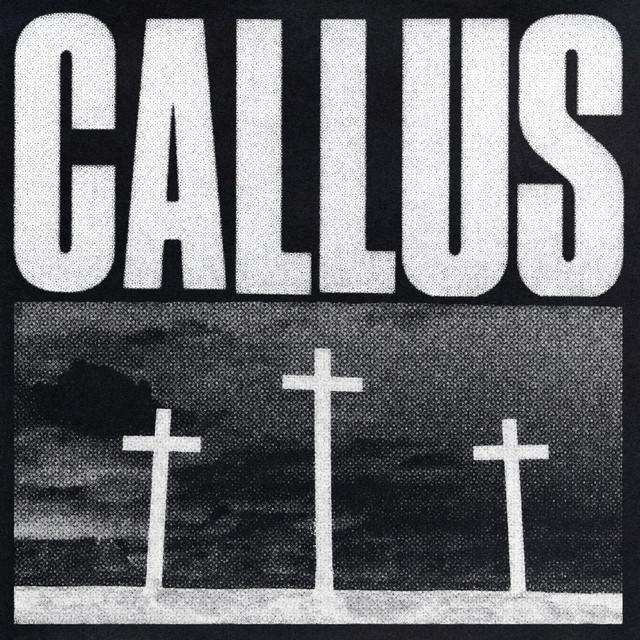 They say he passed the last four year in the desert of Nevada practicing yoga and meditation, before he came back to modern society and started recording the new album, his first LP later then ‘A Sufi and a Killer’ (Warp Records, 2010). They say that during this period, he fighted against his demons. There’re actually a sufi and a killer into everyone of us and being a killer it’s much more easier, so you need to get a good compromise to not get into anger and violence. But to reach a state of quiet of course it’s not a solution, but just an intermediate state. Possibly a good point from which start.

They say he spent four years into the desert and that he got back to the city of San Diego, California, where he was born, he looked like he was Jesus. A cult leader and a holy man and at the same time what we could define as a ragamuffin guru. But he was some way a kind of Jesus. Because both of them they are actually men, and a man it’s a compromise between a sufi and a killer, you know, so they say that when he was in the desert and he met the devil, he had no fear and his heart and heart continued to get strong.

He had visions. He saw the lost reign of Gonja, who the survivals are still a relevant class in the modern Ghana, he smelled the tastes and the flavours of that place and of that ancient era and he saw empires created in the centre of the Africa first than the mankind left the black continent to spread all around the world. He saw the past, the present and the future and he listened to a music that has got no time. Because it was the music of the Earth, the same music they played during tribal rituals and the same one played the black bluesman at the begininning of the last century, and the same one played by the buskers inside an underground stop of the big city nowaday. The same music they would play at the corner of every street in a remote and appearently dark and obscure, terrific future, where labels won’t have any sense at all and music will definitely considered as an extrasensorial experiences. The drug of the modern age.

You know. Labels, even the so-called indipendent one, are able to create sometimes stories about the groups and the artists who are into their roster (nonetheless in many cases are the artists themselves to promote them this way). This happen substantially because of promoting their albums, sometimes they’re not spontaneous. You know, in the end you’re always understanding when someone is telling you rubbish. Sometimes, on the other hand, there’re effectively artists or groups who are eccentrics and have got contents and things to show or to say other than what you could simply listen on their releases. Goat for example created a their own world made by mysticism and influenced by voodoo culture. What Nonni Dead and the other guys do during their shows (I’m talking of course of Dead Skeletons) it’s absolutely amazing. Psychedelic and visionary, pop-arty at the same time. Yes, I know, there’re also a lot of so-called artist that are more fake than Donald Trump trying to demonstrate his hair is completely real, but sincerely I don’t give a fuck about them.

In this sense, Gonjasufi has always been disputed. A lot of them just consider him like he wasn’t definitely much more than a ‘character’, who worked one time for the first album, ‘A Sufi and a Killer’ and that later disappeared as many others in the past, because he had not real contents to propose with his music.

Of course I don’t think so. First, the album I mentioned before it was evidently full of good contents, it could have been eventually a single exploit (but it wasn’t, listen for example to the long EP ‘MU.ZZ.LE’, War Records, 2012), even if the contents of the album were evidently so good and innovative that I didn’t think anything of this. Sincerely I don’t asked myself any question. Just waited to see if he was eventually going to release other albums and saw how they would sound.

We’re of course talking, by the way, of an eccentric and interesting personality. Born Sumach Ecks, by a Mexican mother and and Afro-American father, Gonjasufi is not exactly that kind of man you’re gonna meet everyday and of course I’m not just talking about his particular and extravagant look. He affirmed himself during the years as a producer and a DJ, but also as an actor, but his mainly activity it is probably the one as yoga teacher, something which he is used to attribute his singing style, because he said that for this he was forced to learn how to project from his stomach more.

‘Callus’ (Warp Records, August 19, 2016) is actually his last album and an ideally psychedelic politic and ethical manifesto played in dark and obscure tones and a certain devotion to spiritualism and to religion, intended in the absolute sense of rituals involving the humankind in living and experimenting together something which need to be considered sacred. In a certain sense, probably, these are the same old contents of the hippie culture, but there’s something different from the joyous lysergic explosions typical of sixties psychedelia and the album on the other hand is pervaded by a certain pessimism and atmospheres derivated from dark wave music and cyberpunk literature. 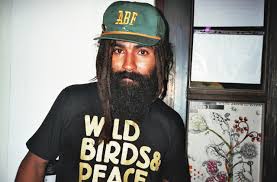 Don’t expect of course, the cover of the album could easily make you come to wrong consideration, to get into a dark-wave album at all. Nothing of that genre. Assumed that the particular and peculiar use of the voice is surely something singular and that I would like to compare to the one of Dr. John because of his total eccentricity (tell me if into the dubstep groovy blues of ‘Maniac Depressant’ you don’t hear the same crazy echoes of ‘Gris-Gris’), if I would like to mention an artist that definitely had got in a recent past the same attitude of Sumach Ecks, I would surely mention Mark Linkous (aka Sparklehorse). ‘Your Maker’, ‘Afrikan Spaceship’, ‘The Kill’ are all tracks that remind to the style and to the sensibility of Linkous, as well as the sonorities, in the middle from experimental soul music and electronica in the style of a distorted and disturbed by intereferences Danger Mouse. Tones are usually solemn, accompained by the echoes of the voice yelling filtred into a distorted amp. Everything reminds to remote atmospheres: echoes of Jerusalem The Great and of ancient and lost Mediterranean sonorities (‘Devils’), short takes from the desert (‘Greasemonkey’), space distorted explosions accompained by a horrific and disturbing voice (‘The Conspiracy’), lysergic visions taken out from the David Lynch’s visionary imaginary (‘Elephant Man’), feverly lullabies from outer space (‘Caroline Shadows’), the requiem of ‘When I Die’. Finally, scenes taken out from the literature of K.W. Jeter, when in ‘The Last Nightmare’ we finally saw the shadow of the Doctor Adder acting disturbing and artistic plastic-surgery and sexual implants.

How to define then his sound? I mean, is he a rapper? Does he play hip-hop, dub music, experimental avant-garde, psychedelic soul? To which kind of artists you are eventually going to compare him? It’s difficult this way to define his music in few words, appearently, but my consideration it is that we could find his mainly influences in differnt artists and cultures. From Lead Belly to George Clinton, he renewed a suburban and underground style of approaching to the music. Finally, I mentioned before Dr. John. Sincerely he is the first one I would like to compare this artist and the sonorities of the album. A renew of what were the trip and acid sessions of the first Dr. John. I know not everyone will accept this consideration, but it is my convinction that if The Night Tripper was emerging these years, he would exactly sounded the same disturbing sonorities of ‘Callus’.