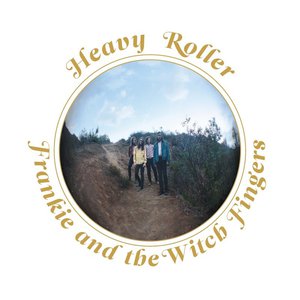 The impossibly named Frankie & The Witch Fingers are back at bat for Permanent and this time they’ve beefed up their sound, dropped a dime in the time machine and gone full on groove with the best intentions and some pretty solid results. They roll the R&B rollick of the early ’70s into the psych sway of the latter half of the ’60s with a studied approach that proves these boys have pawed through their ? Mark and the Mysterians bootlegs and Shadows of Knight deep cuts, but they know that there’s always room to blow a things a bit bigger, louder and hazier. There’s also a hangover of six ton glamour from the last great wave of garage before the devil brought the kids lo-fi and the glam got gritty.

Frankie and who knows how many of the Witch Fingers must have spent a little bit of time wading through the likes of The Cato Salsa Experience, The Mooney Suzuki when their sweat was as electric as hell and Jack White’s temporary shelter, The Go. Back when garage was buzz and the budgets were still outsized, there was an impulse to raise a ruckus like it was on the company’s dime and Frankie are playing like they’ve got ambitions far bigger than their reputable, if not necessarily sizeable home on Permanent. But I like their moxie and that’s the sound that rattles the woofers and cones on Heavy Roller. Its 1500 watts of moxie blown to analog bits and seething with charm that probably owns more than one pair of leather pants and is somehow pulling off that hat in a way you know you can’t. The most fun records have that spark runnin’ through them and its just as important as hooks. If you can’t invent the sound, hell you better inhabit it and wear it well. Frankie and the Witch Fingers are doing that and making it look fun.