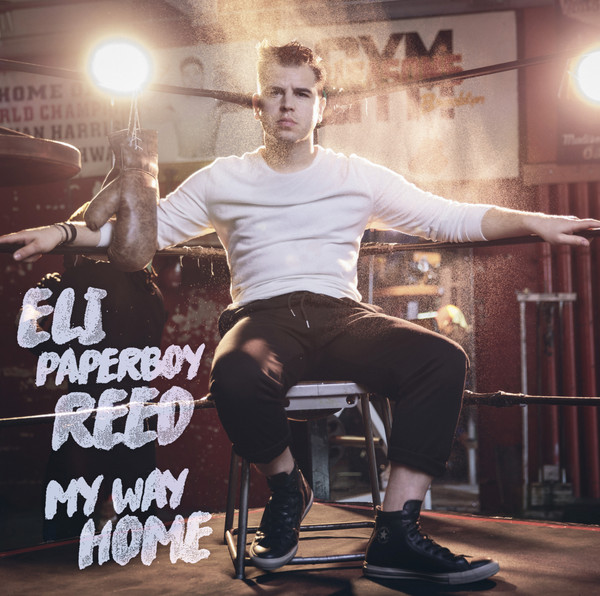 Major labels proved not to be a welcome fit for retro -soul-blues revivalist Eli “Paperboy” Reed. Neither Come and Get It!, his 2010 album for Capitol, nor 2014’s gussied-up wannabe crossover Nights Like This brought in the wider audience they so desperately worked to attain, leaving the guitarist to pursue an indie direction for 2016’s My Way Home.
The title makes it plain that Reed believes he’s the prodigal son returning to his roots and, fittingly, My Way Home has a considerable gospel bent in its 11 songs. Since 2013, Reed has been teaching an after-school program called Gospel for Teens in Harlem and that sensibility infuses My Way Home, turning the record into a testament to reconnecting to R&B roots of all kinds. As pure sonics, this comes closest to the sharp, nervy retro-jump of 2008’s Roll with You — the record that started the ball rolling for Reed — and a fair chunk of the album evokes pre-Motown R&B: echoes of Sam Cooke and Curtis Mayfield can be heard amidst some old-fashioned church music. Still, much of Reed’s music remains rooted in the thick, swampy sound of Memphis in the late ’60s, a place where soul consisted of equal parts country, blues, and rock, and that earthiness grounds My Way Home, lending grit to his testifying; it’s exciting to hear the church brought back to R&B. This element is needed, even if it sometimes accentuates how Reed favors form over substance: he’s drawn to a down-and-dirty authentic vibe more than the songs. Be that as it may, this vibe is so handsome and enthusiastically rendered that it’s hard to resist, plus Reed does write tight tunes excised of anything extraneous.

Ultimately, that lean sense of purpose is what drives My Way Home: by being lean, heartfelt, and mean, the record proves that Reed is back where he belongs.