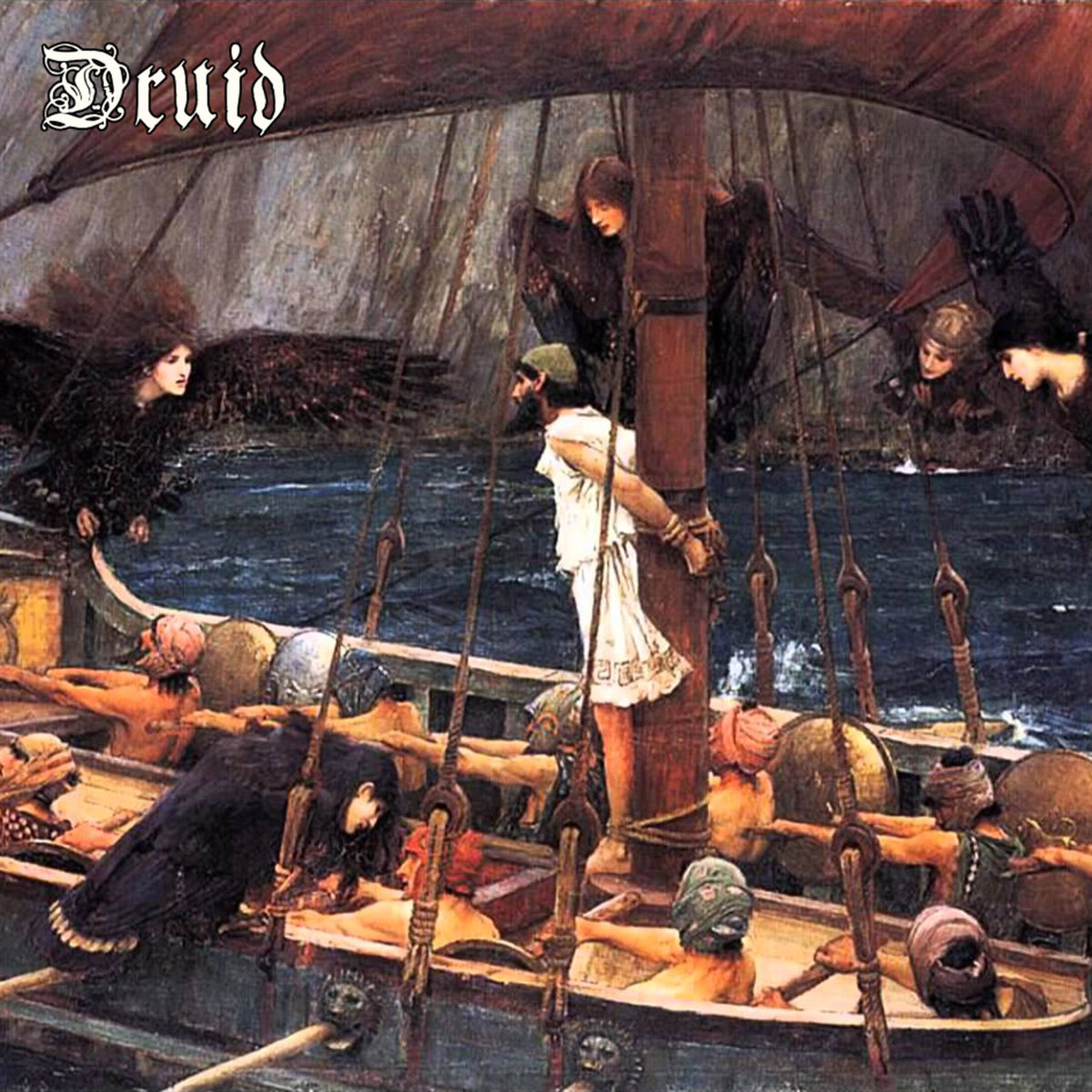 Sing to me, Musa, the Druid’s brilliant musical evolution. The waiting is over, finally the new album came out and it is a total blast. An uncompromising band, which is not resting on sound solutions that had thrilled us with the album of the last year, but go on searching, tainting the stoner and psych outpourings, with some prog rock and metal debris, particularly evident in the opening Odysseus, an epic ride that starts echoing the majesty of “Zuma” of Neil Young & Crazy Horse, the vocal harmonies of the West Coast, white tribalism supporting a journey lasting 18 minutes and 49 seconds, as if to retrace the ten years of Odysseus’ adventures. The guitar of Kaleb Shaffner makes the usual tremendous job, extricating himself from the cave of Polyphemus, Nausica and the sorceress Circe with notes by heavy colors, thick feelings, until the descriptive caption, to outline the sudden changes of moods of the Homeric heroes. Kaleb has now assumed the stature of true guitar hero, master of a magmatic technique and colorful guitar to the liquid chromium wafting from his hands like a river delta, ready to break their banks at any time, but kept in sudden acoustic oasis. 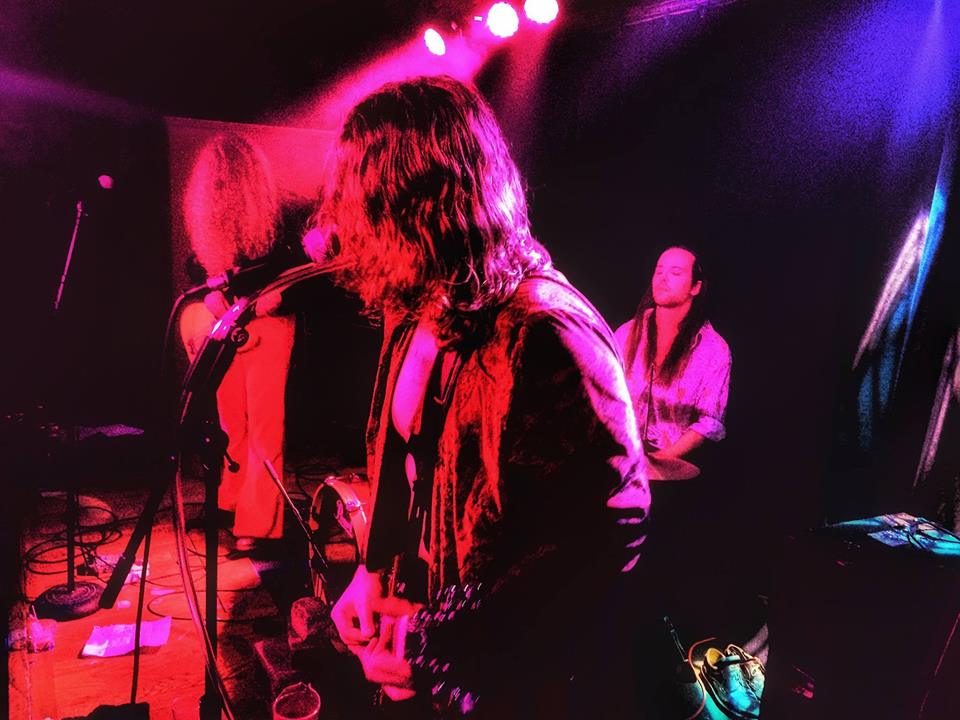 The Druid come with this job at defining their sound, structured, almost sculptural. It is true that in certain cases, especially in the most evocative and romantic passages, you can smell some Pink Floyd-esque perfumes and in some others, most dynamic, emerging reminiscences, conscious or not, of the Deep Purple, but the sound is now obvious, staff and recognizable.
“Forlorn Hope” is pure stoner magic riffs, syncopated and capable of bewitching even the Sirens, stop & go, percussion and guitar effects of elongated notes, obsessive alternating with more reflective passages, similar to a crouching panther behind a bush with muscles that dart waiting for take the jump. Palpitating moments of fear, glorious sound of desert debris lapping metal fjords. Definitely not recommended for the faint hearted.
“Medicine Man” had been circulating in the form of teaser before the release of “Odysseus” contributing, with a few seconds of his life, to raising the fever for the album’s waiting. It ‘an amazing psychedelic experiment, with strong veins of a blues similar to that forged by the Jimi Hendrix Experience. Start sly, supple, with avant-garde guitar and evocations of the Native Americans, becoming a sonic delirium in which it seems the tools have the upper hand on the musicians in the collective consciousness experience, voice carried by the wind and Tommy Tony Iommi to control all.
The Druid always had a smooth and rough sound, well-defined and raw, the work of Greg Ornella, which contributed to the founding of the band and then step back preferring to work as a producer who also honed over the stage this summer at the Flora Recording & Playback Studio in Portland. And the time spent in Oregon has paid off, because this is perhaps his best work in a portfolio, however, of the highest quality. Appreciable well as its contribution to the keyboards. 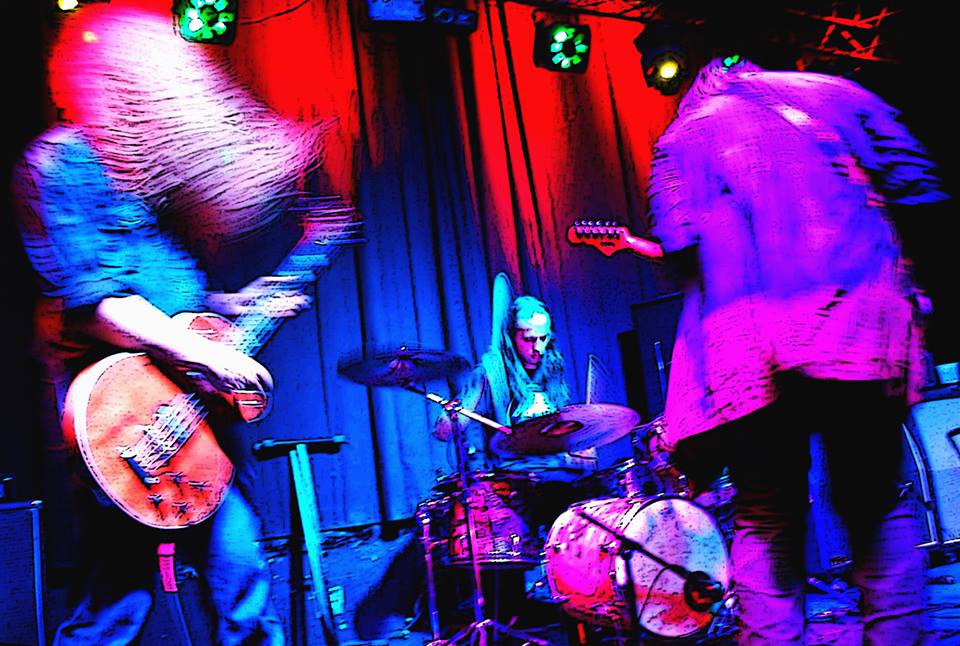 “Ghost” is an exorcism of pure instrumental sound with guitar chases itself, like a kite flying high on human misery. Nostalgia and recrimination, unspoken feelings and detained.
“Tocharian Shrine” closes the album with an air of punk metal, rolled battery at breakneck speed and without voices and determined to remind us that the Druid are substantially stoner creature, psychedelic drifts and digressions undulating blues, but always with their feet firmly planted in the stoner marsh.
A beautiful drive going beyond the legitimate expectations as well very high because of the beauty of the previous album and EP. The Druid know the art of combining spaced blues with prog-rock, gothic imagery and riff-heavy thunder. The bass notes of Maximilian Schmitz, distorted, dueling with the heavy guitar in a crescendo of sound palpable tension, fouled by interstellar dust.
A great album.
Vote: 9/10