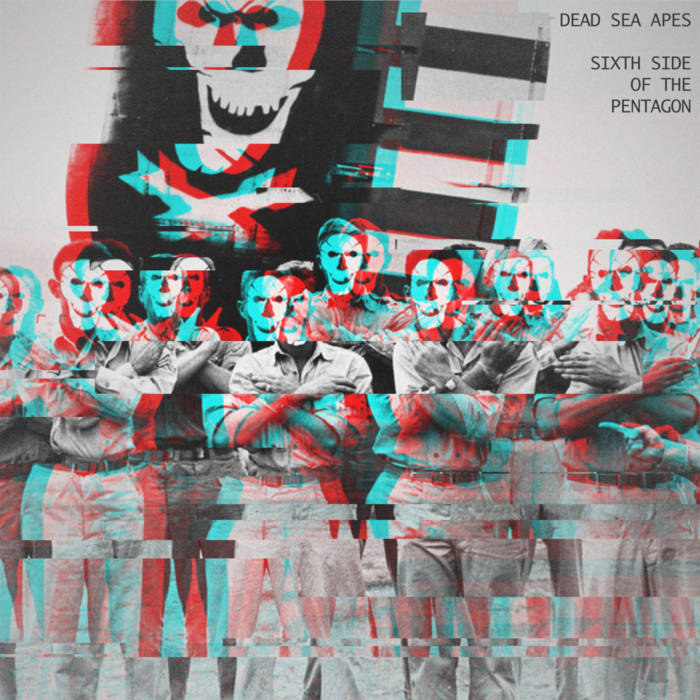 Their music is always of great introspection, an investigation of their own soul, expansion of consciousness that longs the state of alteration, but in this last album you notice a passionate turn towards the dub meditation. In the beginning of “The Sixth Side notes version” the guitar seems to follow the paths of the Augustus Pablo’s melodica and the very concept of version (there are the versions I, II and IV of this title) inevitably recalls the crumbling of Jamaican recording studios that have forged the music of today and are, right now, by defining that of tomorrow. “Tentacles (The Machine Rolls On)” evokes the infinite to define the inward journey, the not exotic exploring in search of one’s being, the space dub leads to its center, to the deep identity, and it is the horizon that makes it possible the self-discovery.
Music, reflective of quiet meditation, often scratched by intermittent metal claws, to repeat that the expansion of sensory journey is not wandering, but a goal to be achieved, if necessary, and with difficulty.
“Nerve Centre” shines with Morricone-sque reflexes, mysterious scents of dub shed light to be involved in the whirlpool of cinematic sensations, subtle flavors of Italian ’60s soundtracks, but it is the guiding spirit of dub finally to prevail with erratic guitar hovering obediently, almost austere in his gait to define the boundaries of the spaces tickled by the remaining instruments.
The Dead Sea Apes have always distinguished themselves in the psychedelic scene (in which I would say were often placed inappropriately) for a more unconventional and much more experimental approach, sometimes brain in search of new dimensions to explore and not insisting on easy effects and catchy melodies.
If I have to define this “Sixth Side of the Pentagon” would say sidereal dub without forgetting the erratic dissonances suspended on refractions static and sinusoidal curves.
“Sixth Side of the Pentagon” is open to various interpretations. Quite simply, it could be a hexagon, or the secret division of the American Pentagon. I like to think that instead the title refers to the transfiguration of the listener’s consciousness, stimulated by the dub / drone / dissonant  effects and able, therefore, to rediscover the noble aspects of the reality culpably lost, because busy chasing the fake myths. Here then, we could even call it redemption music, a high magnetic sound flow which will, with the right approach, help the listener to return to some level of an ideal golden age.
The additions of guest vocals by Hannah Grasskamp from Jungfrau and the artist and writer Adam Stone add an extra dimension of theoretical engagement that is new to the work of Dead Sea Ape.

US Pre-order via Sky Lantern Records