Darren Leland Grealish is a well-known pop-artist specializing in concert posters, album art and illustrations. Strictly connected with the world of music, how could things actually be different, his art is surrealistic and psychedelic at the same time and it is appreciated by several artists he had the occasion to collaborate with and by The Rock and Roll Hall of Fame which puts its art catalog into the wing of their institution dedicated to printed material like posters, books, magazines and photos. More than this, he is also a very nice and brilliant person, he likes humour (‘I just like laughing and making people laugh’), he loves imagery and to keep in touch with talented and likeminded people. What else, guys. Let me say that this interview for me it was not just the occasion to know something more about his arts and how his creative process works (and about visual arts in general), but also a way to know something more about myself. So, just great. Thank you again Darren (Italian version below).

1. Hi Darren. First of all, I want to thank you for releasing us this interview. I guess I couldn’t say that I’m so much into visual arts, so I consider this occasion also a way to improve my knowledge and to learn something new. So, let’s start. Want you tell us something about your art in general? When did you start and especially when you understood you wanted to make your art becoming a profession? Tell us what are actually your main influences.

Darren: My art in general has always been so unpredictable. All over the place which became my “Style.” I didn’t go to Art School but was so interested in art and would study what I saw. I knew what I liked and what I didn’t. The artists I did love I would really study what they did and try and figure out how they did it. What medium did they use? Was there any inspiration for the piece or was it an outburst of imagery from their brain? A statement. That is how I learned and trained myself. By studying others. Self taught in every sense. I always had the natural talent I was born with but never was able to hone my skills. I really didn’t know what I was doing early in my career. It’s taken me a long time to finally start settling into my own. I’m taking my time now and not rushing and really trying to make gains in my art. Attention to detail and application. My use of color palette and space. In art I do what I like and other people like it then cool. That can be difficult when I do a piece for a client or commercial art. I don’t do well with somebody else’s vision and art direction.

2. I saw some videos of your in which they show some phases of your work. They look fun. But how does your creative process work? I mean, generally, you first find an idea you want to realize and then you go on working on that, or you work without having any specific plan and just following your instinct? Do you think that there’s actually a great main concept behind your works? Are in some way your different works connected between them?

Darren:  I work 100% from my brain and soul. It’s all I have and it’s no fun doing exactly what another person wants. There are plenty of people who’ll do that for you. My creative process is this: I sit down behind my art table and lean back in my chair and look at the ceiling. I sit and think about what it is I’m going to do. I let me soul and my brain run wild on their own. It’s like a computer shooting out all kinds of imagery in my head. Millions of images and ideas flash in my minds eye. A psychedelic slide show. One after another and it’s like a slot machine in Las Vegas where the wheels are spinning and then all of the sudden one stops, then the other stops and then the last one stops and I have a concept that I like. I usually always have to keep searching my brain for more or better ideas and build on what I came up with first but that’s basically how it is. Then I have a massive reference library that I look through for potential additional ideas. It’s all is sort of painless. It comes to me. I may search a little but it’s more me opening up that channel and letting it take off by itself. I’m just the conduit from the universe, through me and to the tip of my pen.

Like writing a song. So yes, I do follow my instincts completely. The work I’m doing now I feel is my best and most important work by far. I’ve definitely grown as an artist.

3. You’re known for being a pop-artist specializing in concert posters, album art and illustration. You were actually also asked to include your art catalog into the Rock and Roll Hall of Fame. Just wow. How was that? I mean, I find this is just great. I’m not into art, I do actually a radically different job, but I’m curious to know something about how do you promote your work. Of course you don’t have something like a shop with a window on the street in which your works were showed. So I guess you necessarily need firstly to do your job well and second to receive good feedbacks and then make the so-called word of mouth working. Is it so? Have you ever had bad experiences? For example to keep into someone who wasn’t happy at all of your work or, possibly worst, with someone who made you work on something for a very long time without in the end coming to a some fucking conclusion.

Darren: The Rock and Roll Hall of Fame simply called me and asked if I would consider putting my art catalog into their new wing of their institution that was dedicated to printed material like posters, books, magazines, photos etc. They will take care of it forever by preserving it and archiving the pieces for future generations for perpetuity. It was pretty cool so I did it. When I’m dead and gone there’ll be a little piece of me left behind to prove I was here on this planet. Weird how you say you’re not into art and yet you ask me to do an interview about me and art. I‘m a bit confused but oh well. As far as how I get my art seen to sell it I do what the world does these days which is social media. I have a brand new website WWW.DARRENGREALISH.DESIGN, Instagram, Facebook, Pinterest, Google Plus, Twitter etc. To answer your question about if someone wasn’t happy with some art I did for them which can happen it’s like this. Always charge at least 50% down to start a job. Period. Time is valuable.

4. Which role has the music got in your art? You have been commissioned for acclaimed acts as Beck, David Bowie, The Brian Jonestown Massacre, Nick Cave… You think you were ever going to get into this kind of art if you were not interested in music? Which music do you listen to usually? Your favorite artists? Did you ever meet some of them? Do you want to tell us an story? You also did work for Fox television and the Disney Channel. Is this a kind of work radically different from working on concert posters, album art and psychedelic surreal illustrations?

Darren: How could I ever be interested in music related art if I was not into music? That would be pointless. I guess theoretically one could do that. There are actors who claim to hate acting but it would suck to be stuck doing something for your life work that you had no interest in hated it and just did it for the check. Yikes, no thanks on that. My whole life is music and I’m a musician as well and have been all my life. Music is my light.  My heart. I love a broad range of music from Iggy Pop and the Stooges, David Bowie, The Beatles, Jesus and the Mary Chain, Echo & the Bunnymen, Primal Scream, Little Richard, Elvis Presley, The Rolling stones, Brian Jonestown Massacre and so many more I can’t even type 1% of the bands I love, there’s too many. And to answer the second part of your question yes I have met so many artists and made good friends with a lot of them. Iggy, Lemmy, Arthur Lee, Sharon Jones, Sky Saxon and the list goes on for days. I like being around very talented people not because they’re famous but because I like being around talented and likeminded people. I’ll leave personal stories out. That’s private! As far as doing art jobs for Apple, Fox, Disney, Diesel Jeans and various corporate companies it is what it is. I will do commercial art and graphic design also for sure. It’s very constrained and stuffy but I’ll do it. It’s a good payday.

5. Ok. This could actually look like a not so serious question. I follow you on Facebook and I’m always much impressed and I also laugh really a lot for all the weird images you post on your homepage! Shit, they’re always hilarious and in some cases also ‘grotesque’. How do you find them. Tell me some of the keywords you use on the search engines. Swear us your secrets! But, more than this, do you take in some way some inspiration from these strange and weird images? The sense is different but, like Jim Morrison said, do you think that people are strange? You also try to show this in your works? There’s an hilarious view of life in your art? Last but not least, plans for the next future? Are you working on something particular right now?

Darren: I just like laughing and making people laugh. I love imagery. I will never understand how on Facebook you can post videos or photos of torture, murder and animal cruelty but if you show a woman’s naked body or nipple you will get banned for being inappropriate. I mean, that is insanity and nobody really mentions it or makes a big deal about that. WTF is that man? Our society is very sick. I always push my luck with Facebook and with prudes on purpose to piss them off. I don’t post grotesque photos in my opinion. I also don’t post gross photos to see if I can out gross people. I just post what I want and if people don’t like they can kiss my balls. 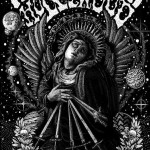 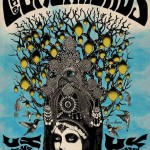 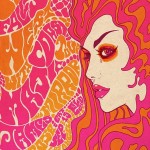 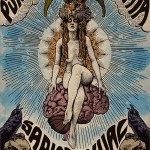 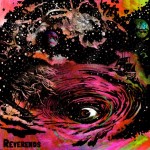 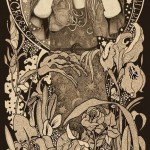 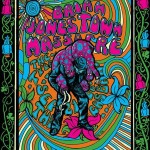 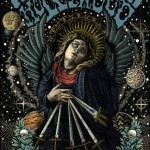 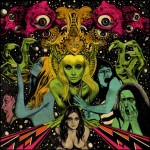