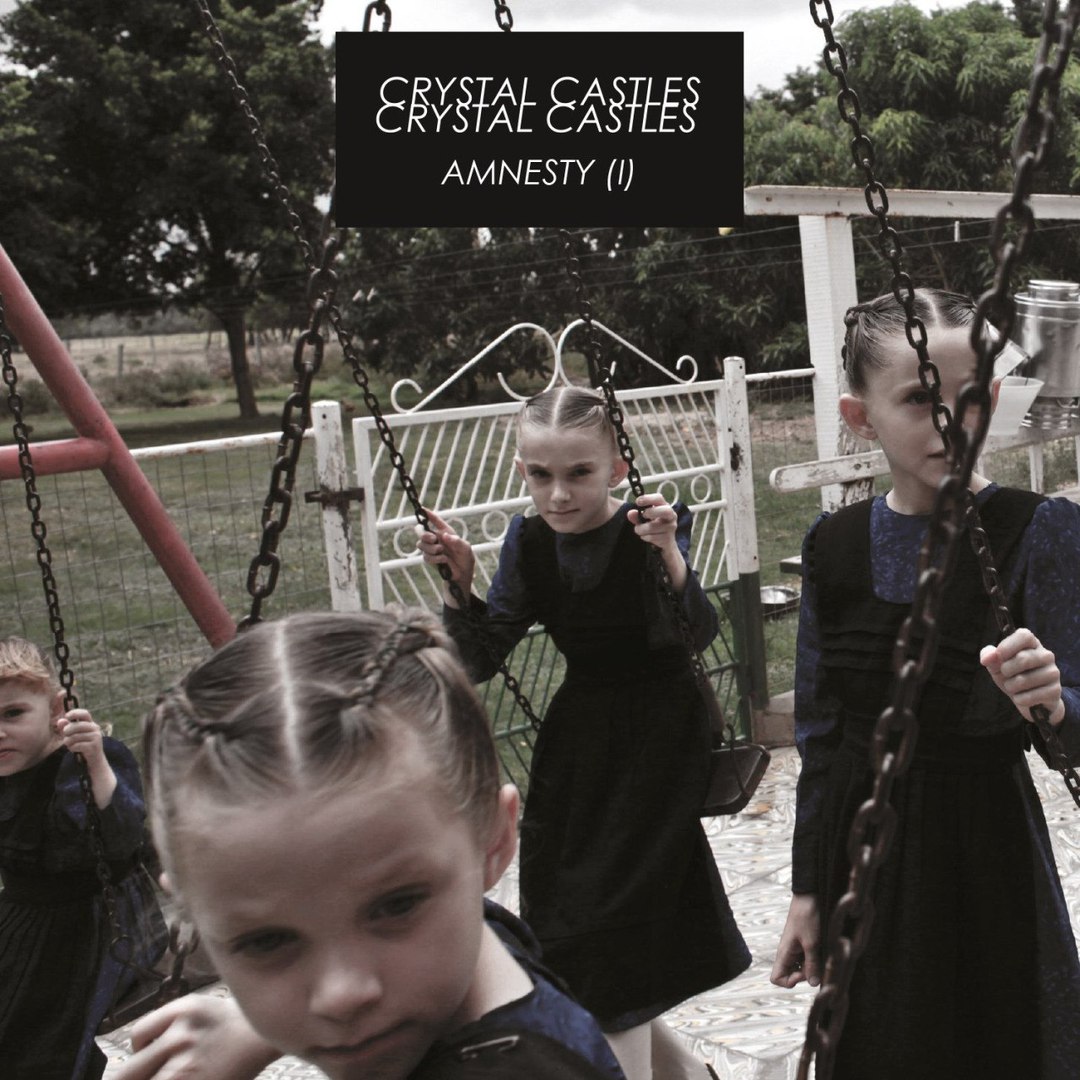 Alice Glass’s haunting vocal style and gothic image became a major part of the project’s gloomy sound and their success.  Her 12-year collaboration with Ethan Kath produced a wonderfully symbiotic musical pairing. On 8th October 2014, Glass decided to let the candle burn out by announcing on social media that she was leaving the band.
What followed was a petty back-and-forth assault of accusations and contradictions as to who contributed what to the band – Kath claimed that Glass was often given credit for his lyrics – he says he “didn’t care” – and Glass responded by saying that “manipulative statements” about her contributions were what made her move on in the first place. It was all a nasty aftermath to the downfall and death of one of the most unique musical duos of recent times.

With a huge chasm in the band’s signature sound gaping, Kath called up vocal replacement Edith Francis and began work on new material in 2015, releasing the sparse, dreamy trance hooks of ‘Frail’ shortly after.

Maybe Kath should have changed the project’s name out of respect for Glass and her contributions to the band, although it’s clear that all respect is now out of the window. It’s a shame, because you can tell that Kath misses Glass as much as everyone else does; the lyrics and vocals aren’t the main focus here – they never really have been on a Crystal Castles album – but Frances is very much a like-for-like replacement doing her best drowned-out Glass impersonation throughout.

With all of the proverbial beef aside, Crystal Castles’ returning offer, Amnesty (I) still comes with its fair share of baggage.  Francis’s inclusion is meant to have offered a fresh start to a band on the brink of implosion, yet Glass’s ghost still hovers over the LP’s 12 tracks.  It’s business as usual for Kath and his nightmarish mechanical soundscapes, ambient expanses, videogame arpeggios and playful, programmed trip-hop, though.  The hooded button pusher’s eclectic calibre of experimental sounds has served the band well so far and Amnesty (I) utilises every trick he’s learned over the past four albums, to create a coherent vision that never fully realises Crystal Castles’ potential. 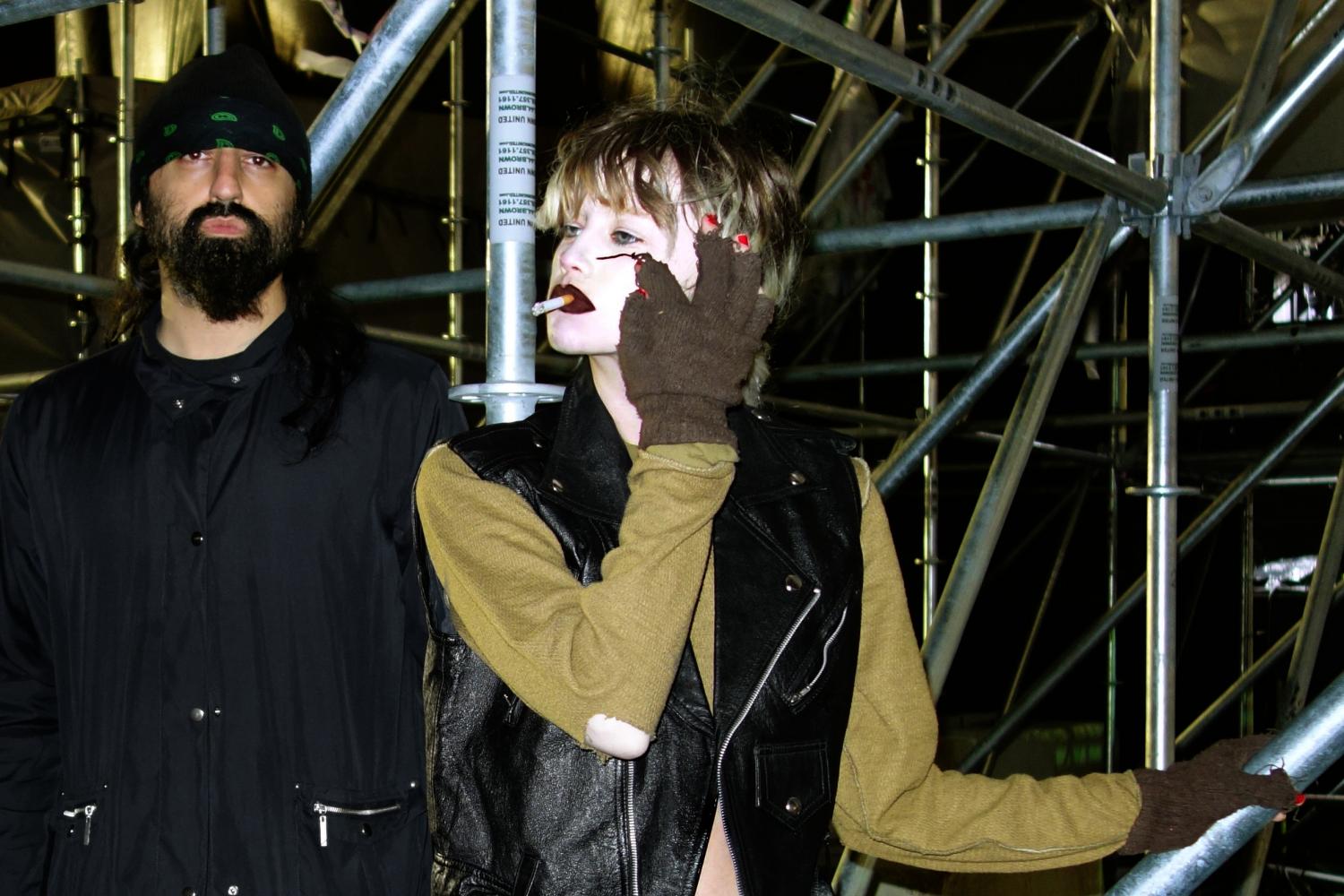 Kath’s obsession with dark and acutely danceable rhythms still drives most of the tracks through scenes of anxiety and glistening euphoria and the production is just as exquisite as it’s always been.   ‘Ornament’ is a wonderful piece of surreal glitch pop, doused in sweet atmospheres and ‘Fleece’ is a wonderfully constructed assault on the ears, with whirring synths wrapped in a cloak of grimy distortion on the chorus.  ‘Char’ and ‘Concrete’ are probably the closest new era Crystal Castles gets to sounding like a formidable force again.

“Enth”, “Sadist” and “Teach Her How to Hunt” do allude to the brash cigarette-burnt sound of the old Crystal Castles, but with less piercing brutality and more festival-ready head-nodding. Kath’s production is as precise and distinctive throughout as it always has been; Kath is a master of his craft, which makes the Crystal Castles sound a hard one to emulate – Amnesty (I) may not feel like Crystal Castles at times, but you can’t mistake Kath’s production for anyone else.

However, there’s a lack of standout tracks here that feel not nearly as inspired as the band’s previous material and much like an unsuccessful limb transplant; Francis’ vocal work just doesn’t feel right.  Kath misses his old partner and he has burdened Francis with an imitation role that she can’t quite live up to.  A close impersonation it may be, but it struggles to muster up the same level of raw power as her predecessor, in turn affecting the music’s energy.  Rather than sounding like a frontwoman in her own right, Francis becomes a tool used to meet Kath’s vocal preferences.  ‘Kept’ is a good example of the cut and paste technique that manages to devoid tracks of any deep emotional connection with its singer.  As a result, we get a tamer Crystal Castles than the one we’re all used to.  The most ferocious it gets is on ‘Teach Her How To Hunt’, containing a violent squabble of dog barks and yelps that sound like the aural equivalent of a mauling.

There aren’t really any forgettable moments on Amnesty (I), with “Char” and “Kept” running as immediate contenders for the album’s best track. However, it doesn’t feel as exciting or dangerous as their previous albums – it’s still a rewarding listen, despite it being the first post-Glass and, arguably, post-peak Crystal Castles album, but it seems that no matter how good the music here is, nothing can stop Glass’ spectre from haunting the album, as she was such a monumental loss to the band. Kath can try and undermine Glass’ intelligence and influence all he wants, but Amnesty (I) is further unneeded proof of just how smart she really is – she walked away when she did because she knows it’s better to burn out than to fade away.