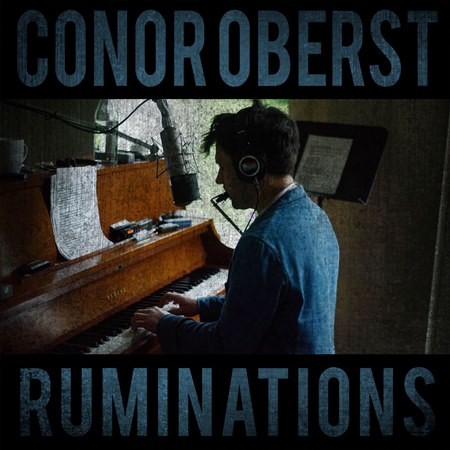 Conor Oberst wasn’t expecting this time to write a new record. He told us about the winter in Omaha, where everything is generally paralyzed, and how this thing some way inspired him, staying up late every night playing piano watching the snow pile up outside the window.

Effectively, he wasn’t expecting to write what it is possibly his best records since his debut in the nineties and since the era in which as Bright Eyes he was considered as ‘the golden child’ of a new generation of songwriters and on the other hand one of the icon of the nineties indie movement. 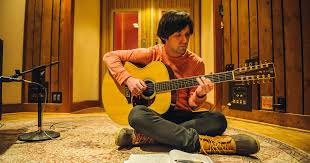 From that moment, especially after the double release in January 2005 of ‘Digital Ash in a Digital Urn’ and ‘I’m Wide Awake, It’s Morning’, his career in practice took off. He never stopped recording new music involving himself in a lot of projects headed by himself (he released an album with Desaparecidos just last year) and taking part into many collaborations with friends or artist more or less known into the indie scene (just to mention two or three of them, Arab Strap, alt-J, Bon Iver…).

Generally there’re two school of thoughts about what we could define as creativity or just inspiration. Someone consider that it is always good to be encircled by other artists and to stay always into place when it is always going to happen ‘something’. I guess this is a modern schoolf of thoughts. Relatively. Don’t know, I was thinking to Andy Warhol for example and how he was used to be always in company of any kind of artists and always involved in many projects. But of course he wasn’t the first. Literary circles for example they are actually something that have a very long tradition and that still nowaday that the publishing industry it’s in a state of crisis, it appearently looks like you need first to be part of one of them and later you could eventually become a writer. The opposite it’s impossible.

Back to the two school of thoughts, the second, obviously, pretends that the artist has got necessearly to overcome a period of solitude. A sort of ascetic path and an excess of sobriety and severity that they consider qualities that an artist has necessearly to obtain if he really wants to express deep feelings and emotions.

Just to mention. There’s also a so-called third way, the one which pretends you need to use lysergic drugs to open your mind. Various examples in the history of rock’n’roll music from the sixties and the birth of the hippie culture to the more recent declarations of notable artists and musicians as Damon Albarn, true literature opera as ‘The Doors of Perception’ by Aldous Huxley, the experiments conducted on himself by William Burroughs and all the literature of the beatniks insists on the good effects of the drugs on their inspiration and generally about the benefits of using them to increase the quality of their life.

In this case, there’re possibly some connections with the second situation, but for Conor Oberst, who lived in New York City for years and is generally someone that is used to be involved in several projects and tour the USA or all around the world, the solitude in this case it was just the occasion to take a break and relax. It was something necessearly after he get hospitalized due to ‘laryngitis, anxiety, and exhaustion,’ according to a press release. In any case it seems that the album happened properly because of a certain quiet he obtained through this period he passed in Omaha.
In practice ‘Ruminations’ (Nonesuch Records, October 14, 2016) was the result of this period he passed in the last Omaha winter. Using nothing but his guitar, piano, harmonica, and his ever captivating words, later Oberst entered his ARC (the studio he built with his Bright Eyes bandmate and longtime friend Mike Mogis) with engineer Ben Brodin and only 48 hours later, they emerged with the completed solo acoustic record spanning 10 tracks.
I consider mainly three point of references in the songs recorded by Conor Oberst at this time and because the style he adopered in the process of writing his songs. The entire album it is of course permeated by what it is actually the Conor Oberst style and his origins from the indie culture, that on the other hands pays homage to artists like Jad Fair and of course Daniel Johnston, the greatest outsider in the history of the US songwriter and in a certain sense the man who invented the so-called ‘lo-fi’.
On the other hand, of course, Conor Oberst has never been so ‘outsider’ as Daniel Johnston actually is (if we want to admit that possibly someone could actually be outsider as him), he had never written so dazed and confused songs, also if we have to consider that through the years he really innovates his style from the beginning and especially in the last seven-eight years, becoming with the time less evocative, he appearently pays so many attentions at all the details, becoming much more true and concrete. He is now million light years far from his youth idol Robert Smith and become in some way rustic, raw, even wild. 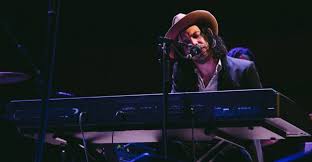 Later than Daniel Johnston, I immediatly consider about Bob Dylan, because of the evolution of the figure of Conor Oberst, so different of course from the process of the Duluth’s songwriter but in any case an evolution, a change, and because of both of them have got what a their own peculiar voice. In both cases you’re not going to consider they have got a typical beautiful voice. ‘bout Conor Oberst, it is strident, but he has got the same capacities of giving to it several different tones and expressions. He’s always so poignant and the words looks like they are rolling over slowly and noisy in a sort of melodic confessions about his state of mind and impulses.
The third he is inevitably Bruce Springsteen and not just because Omaha it is actually in Nebraska, the State which The Boss actually dedicated one of his greatest record, but also because, as I told before, there’s something wild in this record, the same wildness of ‘Nebraska’ and something inevitably probably in any case when you’re tributing to Omaha and consequently to the State of Nebraska.
But the contents of the songs are of course generally personal and about human fragility and the search for comfort and escape from the everyday difficult and because of this also some way biographic, talking about his contrast about his willing of making music and to be touring all around, interacting with other artists and to who likes his music and generally to open himself to the world, and the same the necessity to stop with all this, to take a recover and to need a protection from something that a certain moment could become a self-destructive process. ‘Ruminations’ in practice. What else.
Vote: 7,5/10
@sotomayor
Spotify
Uou can also read this review at machchapuchchare
Post Views: 601
Precedente Bob Weir - Blue Mountain (Legacy Recordings, September 30, 2016) Successivo The Warlocks - Songs From the Pale Eclipse (Cleopatra Records, September 2nd, 2016)