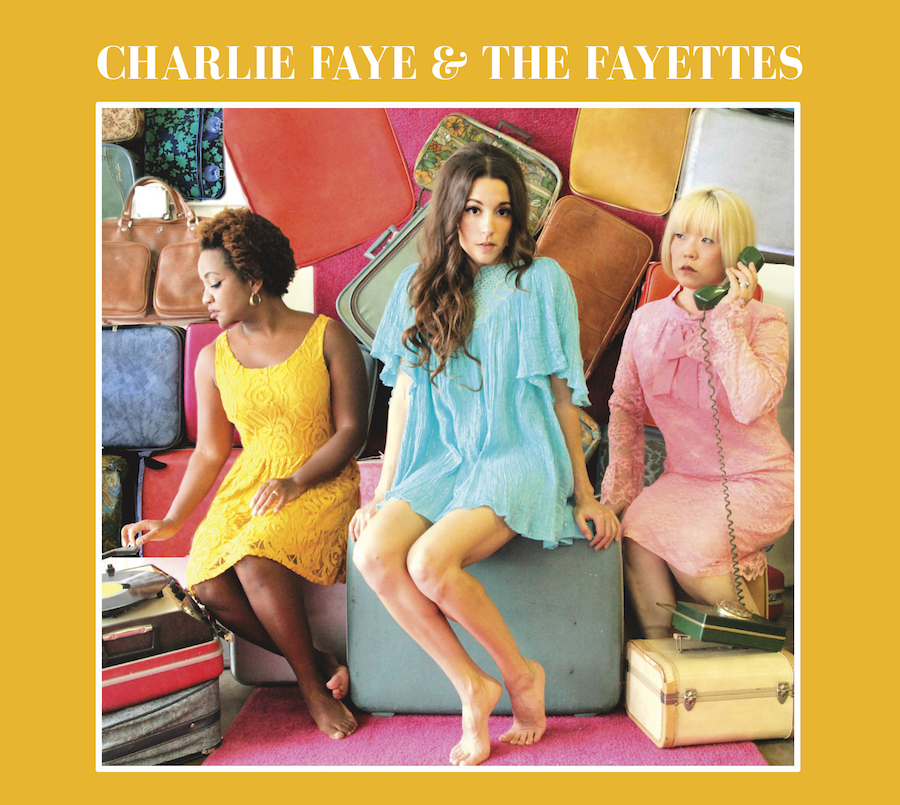 Beneath the twang and jangle, there’s always been a strong pop undercurrent to Charlie Faye’s music, so it’s not entirely surprising that she decided to go full girl group for her 2016 album, Charlie Faye & the Fayettes. Supported by Akina Adderley and BettySoo, Faye expertly re-creates the swaying sweet nothings of the pre-Beatles ’60s, but she’s no literal-minded revivalist.
She ropes in the Southern funk of Stax on ‘Eastside’ (a sound she also mines in a lighter fashion on ‘Sweet Little Messages’), digs into a slow churchy groove on ‘One More Chance’, and dresses ‘See You Again’ with guitars that ring so bright and clear that they can’t help but recall power pop. Such slight flair speaks volumes to the level of smart popcraft displayed throughout Charlie Faye & the Fayettes: it first impresses with its savvy, swinging retro vibes, but it resonates thanks to those strong, enduring songs.

Charlie Faye & the Fayettes craft smart soul-pop that merges the sound and style of ’60s girl groups with a vibe that’s so current, they’re already dancing to the forefront of the retro-revival movement.

The album stretches beyond the coy boundaries of ’60s girl groups with the opener ‘Green Light,’ and though ‘Eastside’ could usher dancers down a Soul Train line, its Stax-styled groove and horn chart service a serious look at social gentrification

Faye showed strong pop influences on her previous under-the-radar solo outings, but goes full blown swinging 60s AM radio on this newly found, retro approach. Eleven songs and every one of ‘em sounds like a lost B side of either the Shirelles, the Marvelettes, Leslie Gore or  the Ronettes (hopefully Phil Spector won’t demand royalties for the opening of ‘Coming Around the Bend’ that nicks its lick from ‘Then He Kissed Me’) that you never heard. From the shimmering, soulful, hip-swiveling, candy coated harmonies of the opening ‘Green Light’ to the Stax styed, Sam & Dave referenced R&B horn riff that propels ‘Eastside’ and the double time Lulu-ish Brit finger popping of ‘Delayed Reaction’, there isn’t much chance to take a rest on the dance floor before this disc twists to a close barely 30 minutes after it began.