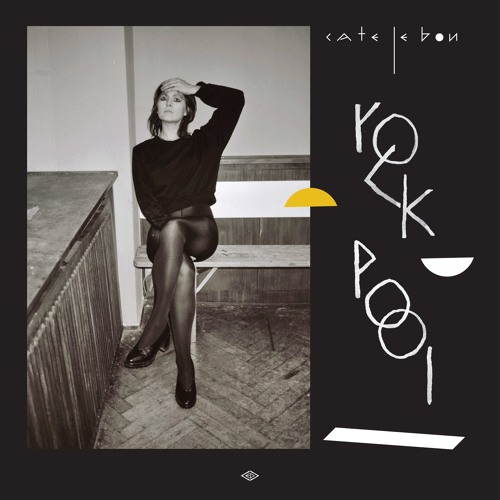 I really love this girl. The Welsh singer-songwriter and now based in Los Angeles Cate Le Bon is absolutely attractive and magnetic and her abilities as vocalist and performer so they are too. Her last LP, ‘Crab Day’, out last year via Drag City was absolutely great. Produced by Josiah Steinbrick and Noah Georgenson, it was rightly well acclaimed by critics, at the point that the popular artists Phil Collins also wanted to collaborate to the project realising for the occasion a short film set in Berlin to coincide with the release. An hironic and at the same time free-form performer, I considered at the time of the exit of the LP, Cate Le Bon as an experimental lo-fi folk singer and songwriter influenced by the culture of the cabaret and even ‘burlesque’, but able to create an her own dimension and imagery in which to set their songs. The EP, ‘Rock Pool’ (out via Drag City on January 27th), has been defined as ‘the killed darlings from the Crab Day sessions brought back to life on a classic 2-2 formation.’ Possibly a sequel or, better, an appendix to the LP, in four songs Cate reprises the same tones of the album. ‘Aside From Growing Old’, ‘Rock Pool’, ‘Perfume Days’, ‘I Just Wanna Be Good’ are four songs arranged with a taste which reminds to free-form episodes of the seventies and that sound at the same time pop. Easy-listening and sophisticated at the same time, domined by joyous and hironic feelings, the EP is finally a short break of emotionally sets and of willing springtime to be listened and well appreciated on these rainy and grey days.