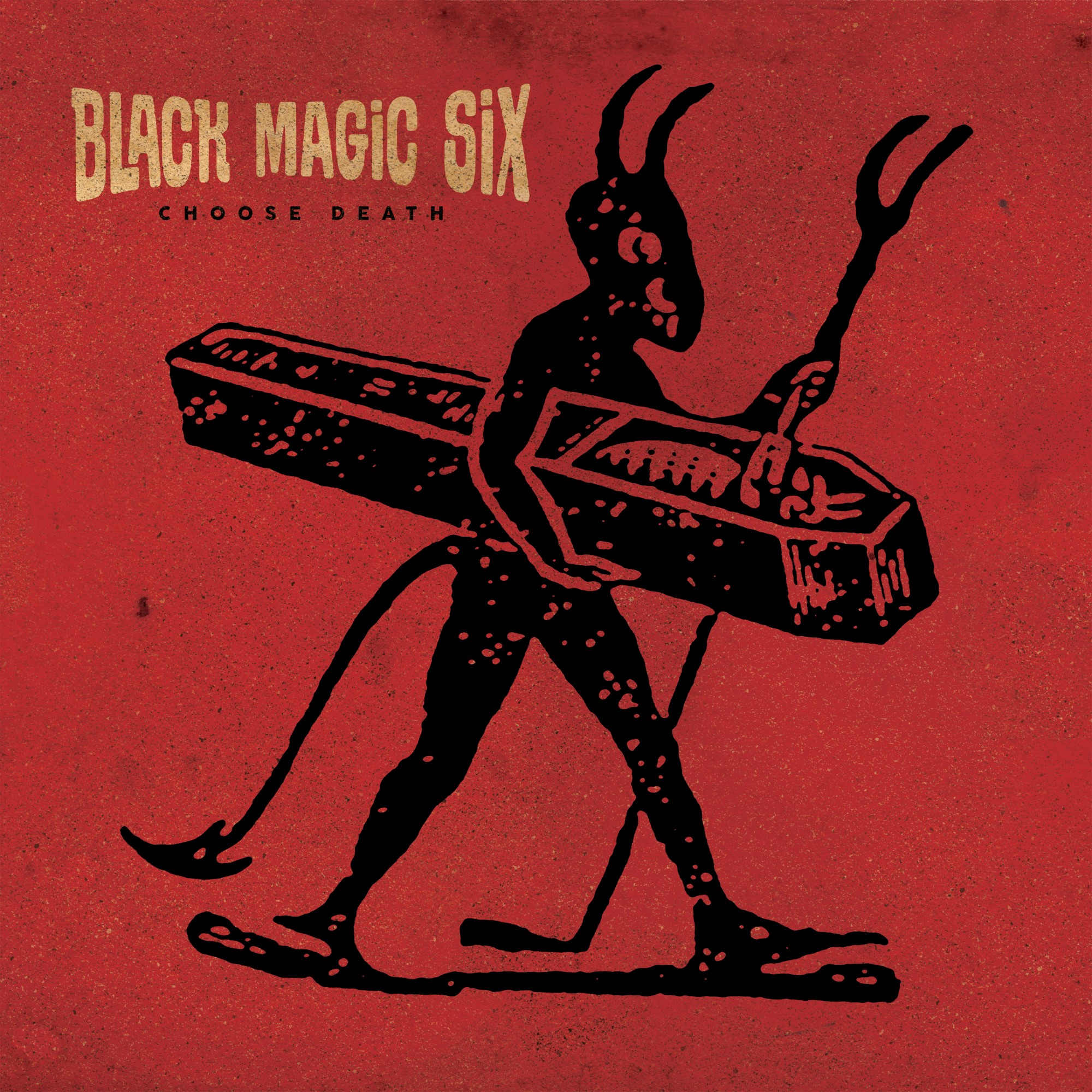 Black Magic Six are two, but they seem hundreds. Black Magic Six is the ultimate blues experience of our days. It’s the Doomsday, a brutal blues with spit texts, a blues that is drinking the Mississippi into water from a collection bin and threw it on the garage floor. It’s punk, voodoo, is sandpaper voice, an archaic two man stomp show that they performs in the crossroads to scare and make Satan flee.
J-Tan is the lead singer with the depraved uvula, sometimes he sings like Tom Waits with a firecracker up in his ass and set fire during a Mexican fiesta with worms lost in the tequila.  Probably he need to change his tonsils every morning and for sure he’s a guy that in the evening, before the concert, only eats brown rice with very little olive oil.
It’s a blues bomb, drunk with noisy percussions, lost in vices, laden with alcohol and when it seems to slow down, as in “All Night Long”, the bold sound solutions make it look as futuristic evolution of their artistic aptitude.
Anyaway, the lyrical theme that emerges from “Choose Death” is the acceptance of mortality and the awareness of the end. Everything kills you. The old age, the loneliness, the frustration, the easy escape of artificial paradises and even the happiness that is never forever, but lost in the eye of the beholder which never belongs.
The sound of this new album is made more compact by a number of guests, including Joonas Kotila who plays guitar in half of the album’s tracks and Janne Westerlund’s (Circle and Plain Ride) outburst on “16 Tons of Misery” in a special moment of its primitively solemn way.
It’s the constipated caveman blues, the scary groove that is refracted in the echo of existences, cathartic experience, and purification of the soul through the mortification of limbs. It’s the liberation coming from the vision of the suggested life and not superficial, death leading ultimately to the journey of life tended to decline the aspirations of knowledge, the importance of the questions, knowing that there are no answers.
It’s a bus full of feelings and disarming reflections, similar to a fiery tide hitting you at 120 mph and you feel good.