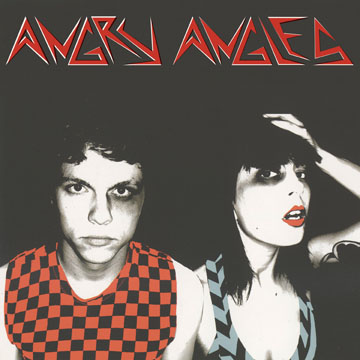 Man, such a bummer that the late great garage pop punk whizkid Jay Reatard is, y’know, well, late. This Angry Angles record is another reminder – and tribute to his departed awesomeness. This was a band Jay was in that flourished briefly betwixt the demise of his group Lost Sounds and his solo debut with the now-classic Blood Visions, so circa 2005-6. Angry Angles didn’t last long (in part ‘cause Jay’s romantic relationship with the other front person in Angry Angles, Alix Brown, didn’t last either) but while they were an item, they kicked out some rad Reatard’d jams together. All three of the band’s 7″s are included here on this archival retrospective of all their recorded works, plus unreleased tracks. Destruction Unit’s Ryan Rousseau drums on a bunch of it. Among the tracks are several covers, including Devo’s “Blockhead” and songs by Wire, the Urinals, and the Oblivians – put those all together and you have an idea of what they were going for on the originals, too. In general, uptempo and agitated, sometimes angular, yeah, and always hooky!