Two years later than ‘Dying Surfer Meets His Maker’, the Nashville, Tennessee psychedelic-rock quartet All Them Witches are back with a new album that’s actually a very interesting and good one release into the genre and in any caseboth an original proposal because of its contents than a good new episode into the continue renewment of the Americana music tradition.’Sleeping Through The War’, that’s the title of the album, was out last February 24 via New West Records. Produced by an influential and relevant personality into country music like Dave Cobb (whose influences and inspirations are evident into the sound of the band actually) and recorded and mixed by Eddie Spear at Creative Workshop in Nashville, Tennessee, later mastered by Pete Lyman at Infrasonic Sound (Los Angeles, California), the album was conceived by the band into only six days, in which all of the four members of the group (Charles Michael Parks Jr, Ben McLeod, Robby Staebler, Allan Van Cleave) cooped themselves up in a reheasal space; it required later other six days for the recording process.Dave Cobb himself took part to the recording process as a musician, playing percussions into ‘Bruce Lee’, additional musicians are also Mickey Raphael (harmonica on ‘Guess I’ll Go Live On The Internet’), Caitlin Rose, Tristen, Erin Rae, who all sing along with vocalist Charles Michael Parks Jr in ‘Bulls’, ‘3-5-7’, ‘Am I Going Up?’, ‘Alabaster’. 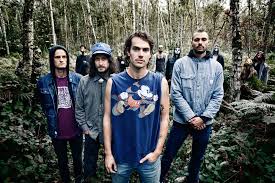 Wrongly presented by manys like it was just another neo-psychedelia reality into the US underground music panorama, All Them Witches proposals are on the other hand effectively much more extended.The album in fact, influenced by several and different genres as stoner, desert rock and country music, it’s a bridge from the past to the present time the band passed by through an ideal travel into the viscera of the US culture and history from its origins to nowaday.Possibly also architects later than travellers, All Them Witches really built brick by brick what has to be considered as a totemic album.The quartet really gathered around them together everything has been influential since now into the history and into the world of music into the United States and reprising a journey which has never stopped, they made definitely a work which I want also to consider as it could be influential into the redefinition of the American rock’n’roll genre. 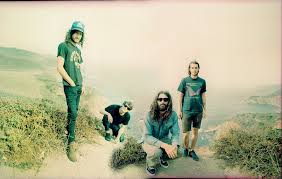 This of course happened not only because of the sound of the album but also because of the songwriting which at the same time reprises elements from the past and innovates without pretending to deny what’s the past and to have a definitely break with it like other episodes into the history of the music pretended to and ending to be just pop ‘phenomena’ which the influence are actually irrilevant.The album opens with ‘Bulls’, a slow psychedelicsong which litterally make you dream with your eyes open. A songwriting possibly to be connected with the one by Sufjan Stevens it’s combined to elements from stoner rock’n’roll psychedelia and powerful sound comparable to bands like Arbouretum or Pontiak and krauty crescendos into a kosmische ending explosion.’Don’t Bring Me Coffee’ it’s a seventies old-fashioned rock’n’roll ballad which the refrain is actually completely freaked out and both Pavement than Elephant Six derived. A song at the same time catchy and spaced out, in which the band is able to alternate alt-country with crazy psychedelia impetousity.Not a case that Elephant Six experiences are similar to the sound proposed by the band. Listening to ‘Bruce Lee’ this is absolutely evident, but this doesn’t mean necesseary All Them Witches were looking to sound in a way similar to the bands of the influential collective of American musicians formed into the nineties. The fact it’s on the other hand that bands like Olivia Tremor Control, The Apples In Stereo… they were absolutely the ones which continued the long tradition into Americana rock’n’roll psychedelic music. An underground movement which has become a cult through the years but that in the nineties it wasn’t of course so many considered by the mainstream audience. A sign that in any case who pretends that rock’n’roll is gonna die or it is in any case saying some bullshit like this, it’s absolutely wrong.That’s of course more into the album than this. ‘3-5-7’ it’s a stoner rock’n’roll song which it’s actually built on the figuring out construction and combination by alt-country and noisy psychedelia. The sound it’s at the same time evocative and imperious, solemn. ‘Am I Going Up’ it’s a rock ballad with usage of reverberate vibrations and effected distorced guitars, sounding doom and at the same time impressive. ‘Alabaster’ pays homage to the rock’n’roll alternative tradition into the US during the eighties and to band like Minutemen or eventually Husker Du. The sound it’s absolutely groovy and guitar it’s playing bluesy and the singing it’s obsessive like it was coming to nowaday directly from the past and from the gospel hymns of the early years of the last century. The album possibly becomes much more better much more you’re going on into listening it and getting deep into its contents. 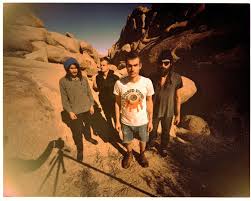 The two final tracks, ‘Cowboy Kirk’, reprising all of the elements of the previous tracks including a terrifying usage of distorced guitars and stoner instrumentalist solos; ‘Guess I’ll Go Live On The Internet’, a song which it’s actually going to be one of the most beautiful tracks you’re eventually listening to this year. A ten minutes longer blues rock and roll track which plenty justifies the definition of All Them Witches intending them like they were possibly the bastard sons of Neil Young & Crazy Horse.It’s a recurrent theme especially these days, later than the fucking Donald Trump has been elected new President, the one about where it’s actually ended to be that part of the US which has been so relevant into the years into the counterculture of all of the parts and contexts of the Western World. Like it is used to say, many pretend that story it’s definitely ended and listen to me guys: they’re always going to say you that things actually stay so. That it was much better before than nowaday and that now everything has come to and end.It has always happened so. There’s always been someone talking like this.And well, nowaday like it happened in the past, they’re just telling rubbish.You and you only are the owners of your present. Don’t deny what happened in the past and at the same time not make of the past a myth like it was an era of incredible and unique, litterally ‘one in a million’ happenings relating to nowaday. This could just make you live eventually out of time and approaching to the present with a negative and absolutely deprecable tension.Always be concetrated about your life and always pay attention to what’s happening right now and just around you. Always be the main protagonist of your existence.You don’t need to be like Crazy Horse, Billy the Kid, James Dean, Martin Luther King, Kurt Cobain.You just need to be yourself. Be an hero into our times.