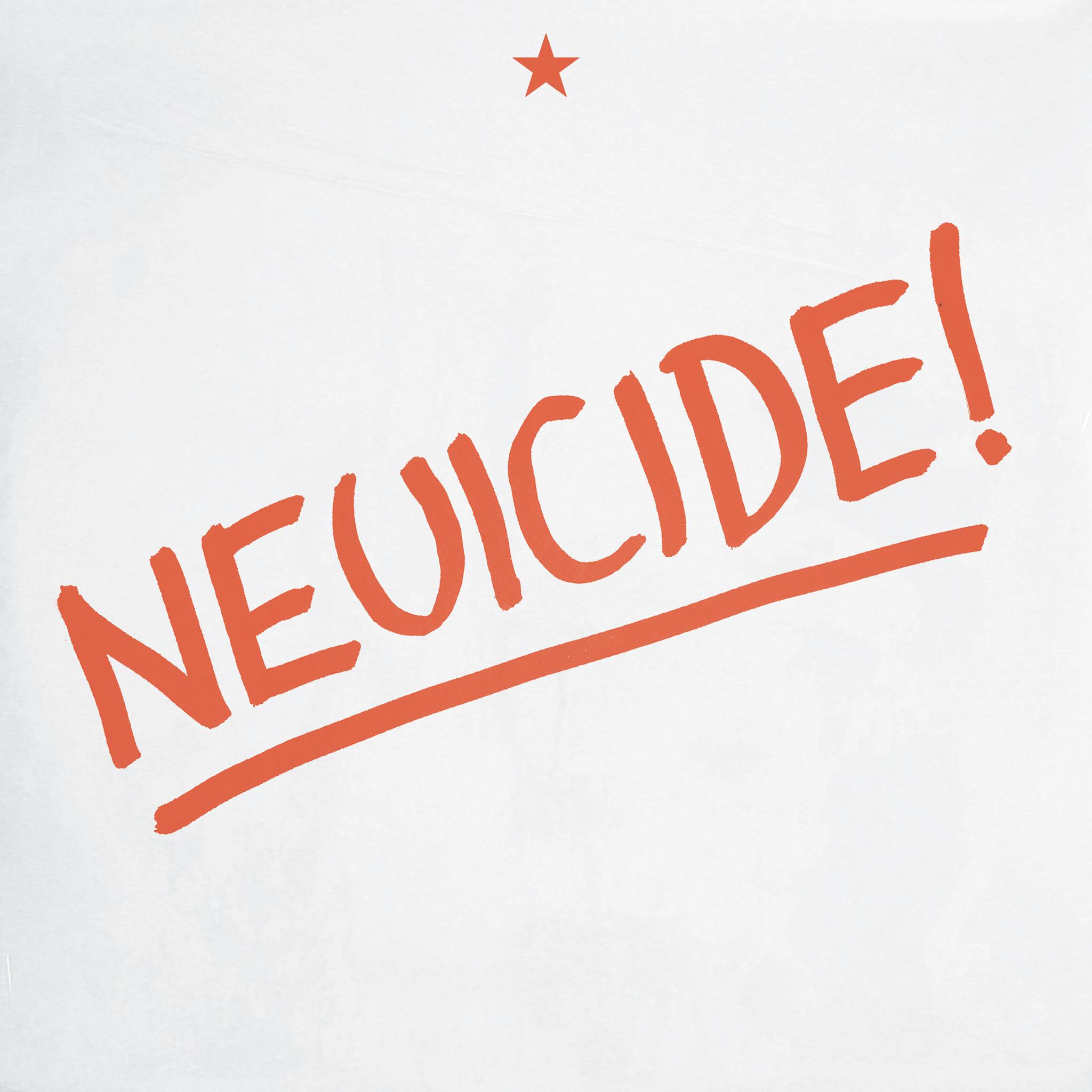 The Fuzz Club doesn’t miss a beat. For some time now it’s the undisputed beacon in the heavy psych chaos. It has assumed an authority to be able to collaborate with other artists of different labels, for example for the “Fuzz Club Sessions Series”, which will boast Night Beats, Holy Wave, Heaters, The Entrance Band and more.
Ahead of an upcoming EU tour, Austin psych-beat producer Al Lover has teamed up with Fuzz Club to release a special 10″ in tribute to Neu! and Suicide, and it’s a brilliant idea, because their styles are talking to each other. it’s not about cover, remixes and even mashups, but a cool interpretation of the art of both bands from a different perspective.
“NEUicide!” is pure, sublime obsessive krautrock renewing the equally insistent minimalism of Vega / Rev. Al Lover is the new DJ Shadow combining crunchy drums, shaky percussion, chopped samples and layers of textured effects to create an unexplored path for psychedelic music and the result comes out it’s great with a sound that seems produced by Giorgio Moroder, up to the final synths that seem to imitate the train lost in the tube of a city by your choice.
“NeuICIDE!” is the two Suicide ethereal drone notes that reinterpret the pounding rhythms of Neu! Another looping vision and glare concentric driven by infinitesimal variations and openings. New life for the krautrock scarred by dissonance, distortion and charming imperfections.
If these connections now seem so obvious, but no one has ever detected, then perhaps it is not wrong to think about a real coup for the talented Austin disc jockey.