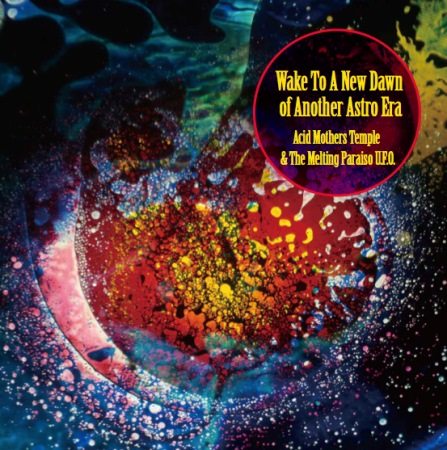 Surely the most notorious band in which we could consider as ‘extreme trip music’,  the Japanese Acid Mothers Temple & the Melting Paraiso U.F.O. is now out with a new recorded at the beginning of the years and out last 25 of May via Important Records.

To tell the truth it is difficult to consider them as a ‘band’. Not in a conventional way.  Acid Mothers Temple is actually in fact much more a collective idea created by the musician and lead guitarist Kawabata Makoto (in the end of the 1970s frontman of Ankoku Kakumei Kyodotai aka Dark Revolutionary Collective), who looked at progressive music and kraut-rock to define it’s own sound, something freaky and that overcomes the classic form in making songs, configuring every episode as a long session of deep ambient and meditative and jamming ultra-psychedelia. 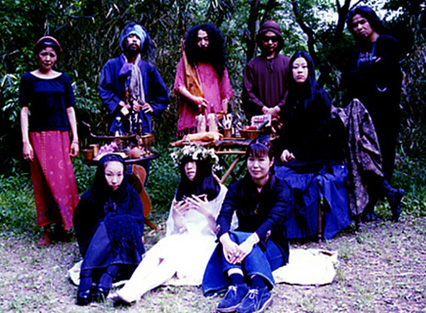 The collective melt on toghether by Kawabata it is something that refuges any kind of defition. Acid Mothers Temple it is much more a manifesto than a true band and standing to the classic definition. Variable in sound and in the composition of the musicians, the collective it is overproductive, they’ve released dozens of records from the 1995 since nowaday and Kawabata it is always promoting and being involved into parallel projects. That’s because probably the quality of their records it is always so brilliant and if you really want to be into their sound, you should of course enjoy one of their live trips around the globe. A moment in which you could really be involved into a new meditative and cosmic dimension. Something which it could be probably difficult if you’re at home listening to their album. 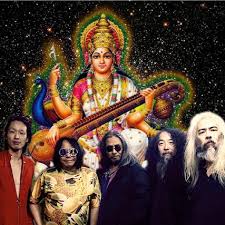 ‘Wake To A New Dawn of Another Astro Era’ it was defined by Kawabata as an important moment in the history of the collective. This is because he has just lost his historical rhythm session. Shimura Koji left the group in the Autumn of 2014; bassist Tsuyama Atsushi left after 17 years in late 2015. As conseguence two new young musicians (Satoshima Nani and S/T) joined the band. A new generation, standing at the words of Kawabata, that made the collective starting walking another new path.

The record it is in practice the first one in the second chapter in the history of the group. Divided into three long tracks, these configured themselves as what we could define a deep ambient jamming sessions. The first one, ‘Force in the Third System’ it opens with a fanfara big bang and later gets into an obsessive and slowly sung allucinate lycism with a crescendo ending of about 10 or 15 minutes. ‘Meridian Dimension / Lost Milk’ it is divided into two parts. The first one mainly acid and noisy, the second one much more meditative and with a prolungate reverb that really blows up your mind, before you get into the last track, the thirty-three minutes ‘Nebulous Hyper Meditation’, a triumphalistic, neverending and crazy acid session of progressive and kraut-rock music.

Well, Kawabata he is probably a genious or at least a great musician. If he has no invented something new, he just has influenced since now a lot of new bands and artists and he’s going to do the same during the years. A direct discendent of the Japanese scene that fashinated so much Julian Cope, he renewed that tradition and reached into getting out of the borders of Japan, open the country to the psychedelia and the rest of the world into Japanese rock band. Is this enough to consider everyone of his release as a masterpiece? I don’t really know. Probably he has not much sense to give a value or a mark to an album like this. Just listen to and try to become estranged from everything around you and see what happens then.